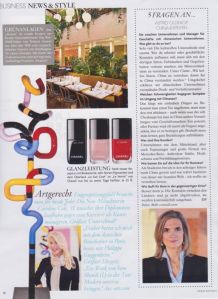 Really surprised that my post of a single puppy image got more ‘likes’ than any of my other post. Why is that, feedback please?

Anyway, I will carry on writing regardless. The Sculptor and our eldest boy have journeyed to school for the past couple of years talking about dreams of living on a farm, building houses and mainly having dogs. I say it in the plural sense as it did get to the point where they were discussing having two Doberman dogs and a German shepherd. However, we always said realistically we could only get a dog when we moved house. I am not sure when that changed?!

Somehow in February the big dog idea turned to a little dog idea after the ‘Artist’ had one of his ‘visions’ and before I even had time to think or argue much in my defence of not having a dog; my husband and I were driving off to a view a little pup unbeknown to the boys.

Our youngest a little more fearful of the canine creature due to being jumped on as an infant and the animal loving eldest were totally amazed and surprised when they came to the studio to find a puppy. ‘Is it ours…to keep?’ The beaming smiles and the moment of stepping out and throwing his hands back in sheer delight were a pleasure to see and almost worth my deep stomach wrenching nerves about the whole endeavour.

To his credit it has not so far, been a five-minute wonder. The eldest has risen to the challenge of the waking early, entertaining and peeing and poo-ing and the all round additional responsibility that comes with the joys of a puppy. Fortunately, it isn’t a big dog but the house does seem to have shrunk all over again with the addition.

Just to make life so much more chaotic in the initial days of puppy initiation, the youngest got sick, the sculptor’s back went kaput and so the sleepless nights just added to the logistical reorganisation of the following days chaos.

So pictures and images of sculptures appearing in Vogue Magazine and galleries in London and Paris and emails of requests for sculptures to exhibit cheer us up and remind us that, “nothing is permanent in this world, not even our troubles.” Charlie Chaplin.