Wednesday 30th October saw the opening of the FIRST@108 public art award , the commission for the external piece for 108 Brompton Road and exhibition. The evening was crisp cold but dry, perfect for viewing the outside sculpture in the forecourt of the Royal British Sculptor Society. The lighting illuminated ‘Evolution’ gloriously, the stripes of the central piece mirroring the external pillars and the minimalistic shapes appearing like a city skyline. The vibrant sculpture intrigued the passer-by along with our large group congregating unintentionally outside as we waited for the doors to officially open and enter into the colourful land of the Shendi sculptures inside. 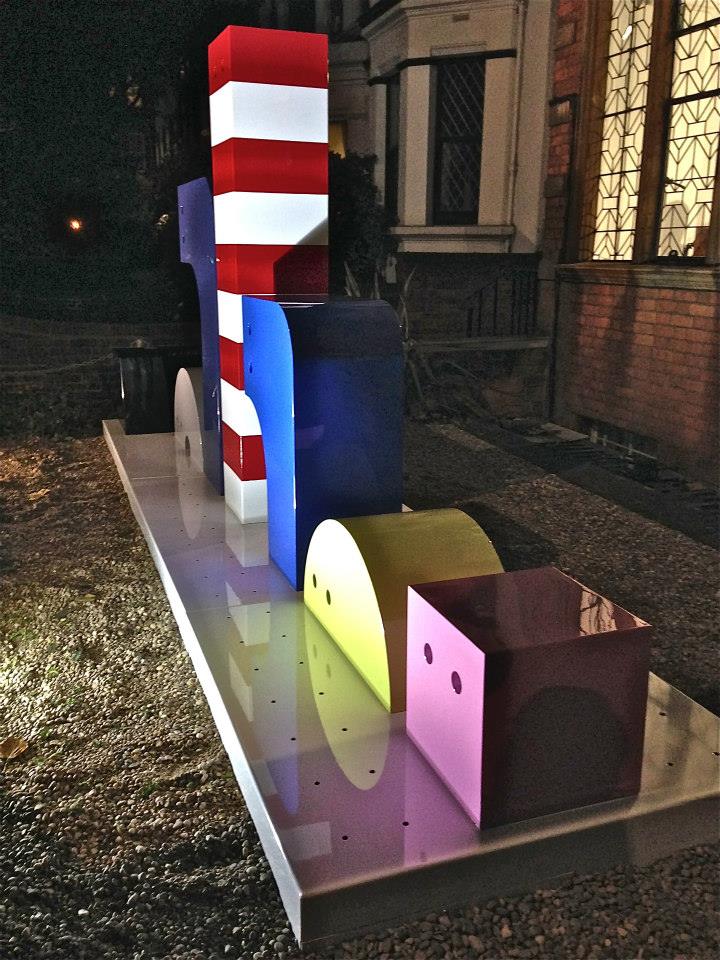 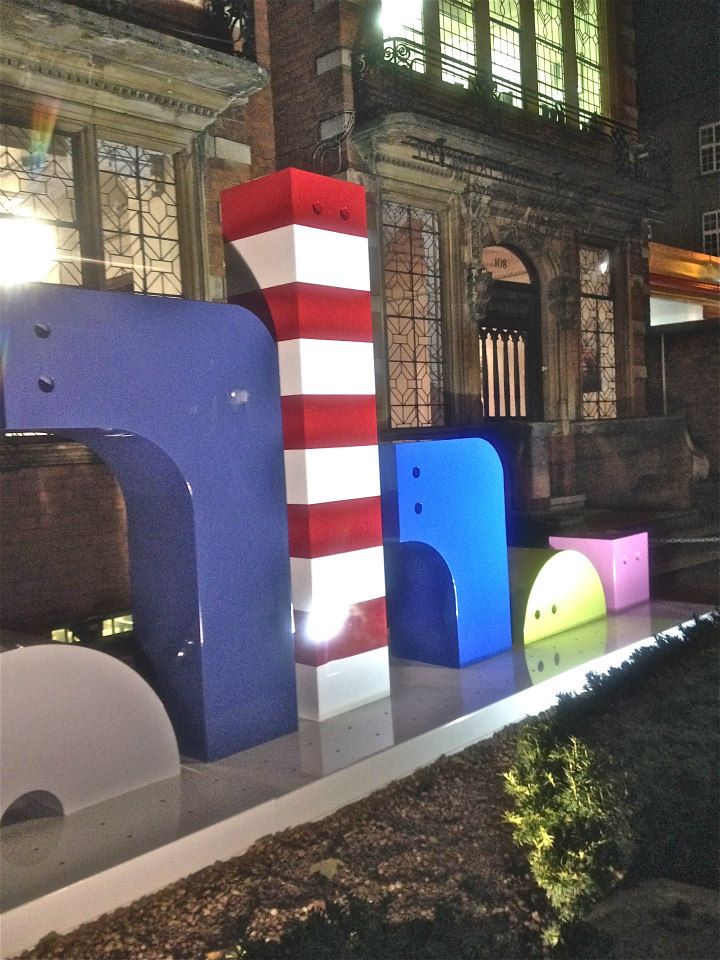 As we entered drinks and brochures were laid out before entering into the exhibition room. The pieces, so bright and cheerful gave an energy to the inside space, ‘Souls’ perfectly positioned in front of each of the leaded glass windows. 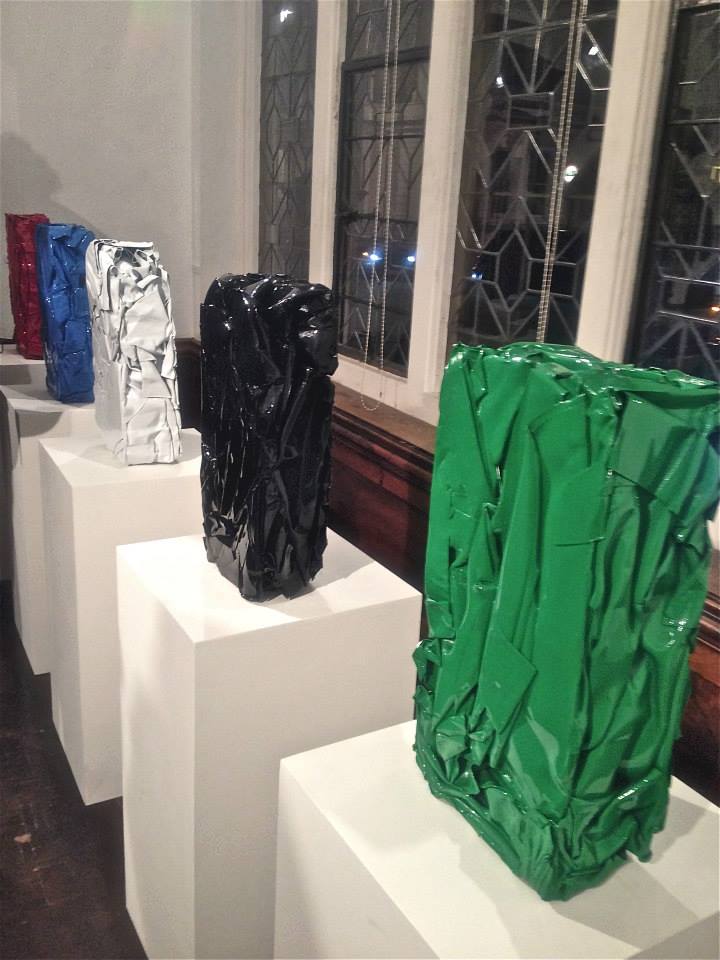 ‘Souls’ in the windows

‘The Branch’ stood with the bird perched on foot with high quality shine and the elegant neck of the horse held a gracious curve glancing down at the floor to which we could find the piece entitled ‘Cruelty’ nestled in the fireplace. With sad eyes but strong sentiments and chained to its heavy load, almost floating above which hung the original sketch with figurative notations. On the wall opposite the entrance also hung three framed sketches adding another dimension to the work. As the room gradually filled so that the work only peeped out between the people, there was then an eloquent speech by the president of the society followed by a witty and intelligent introduction to the award by Isabel Vasseur who in the brochure had written;

“The choice of Sam Shendi this year, an artist constantly interested in placing work in the public domain, is timely, working as he does with the idea of engaging in a tangible dialogue with the onlooker. His sculpture ‘Evolution’ imparts a notion that each elemental figure has its own concerns which it wants to convey to others. a joyfully coloured abstraction of human figures which, with the subtlest of indicators, hints at the complexity of human interactions. Today’s passers-by are likely to respond to the many layers of this work in the same wa as their forbears recognised the multiplicity of meanings in the Price Albert memorial only a moment’s walk away from Shendi’s brave work.” 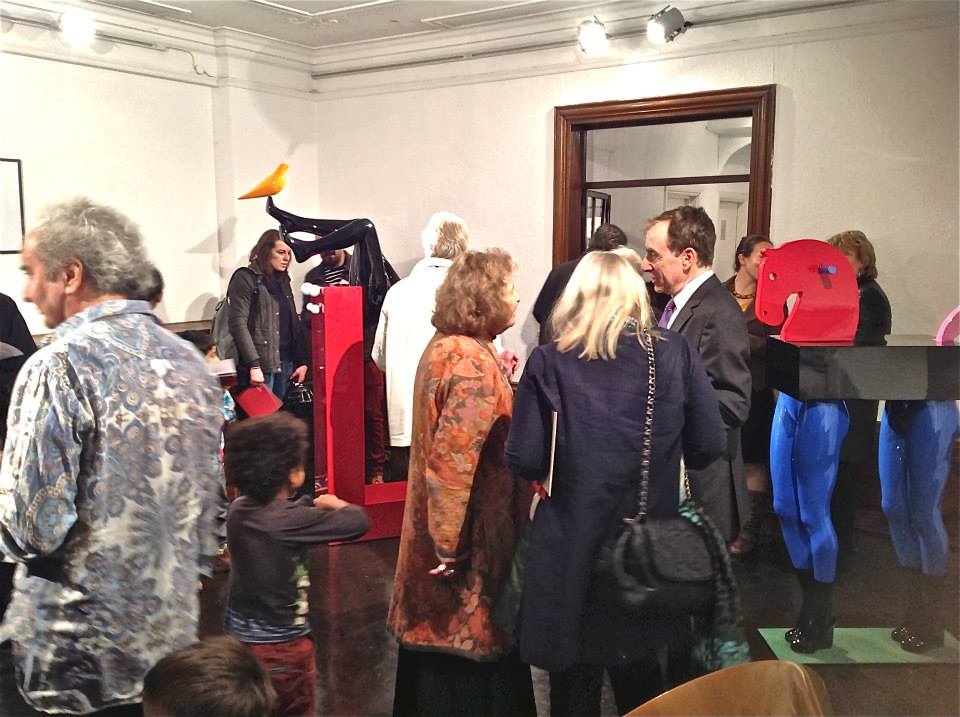 ‘The Branch’ and ‘The Ride’ 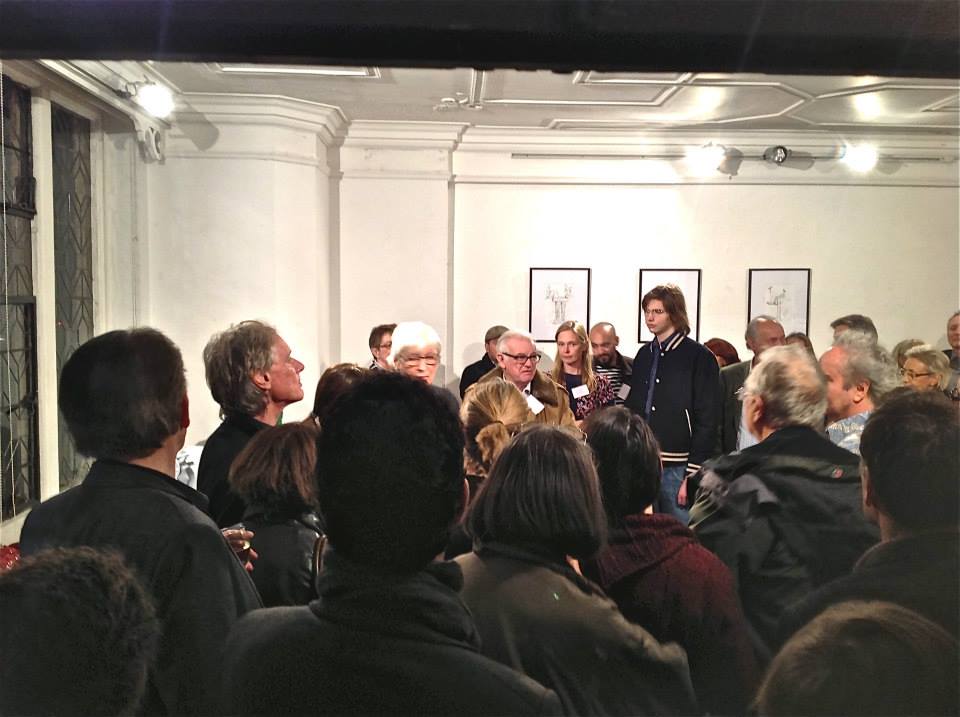 The success of the opening marks the start of hopefully good things to come. With an impending visits and intriguing activities for children from local schools. Discussions with other venues for a second home for ‘Evolution’ after it’s three-month stint in south Kensington, potential sales and a step into the public art world.