I will be honest, I had to look up Aleatoric. I can’t even pronounce it properly.

Aleatoricism is the incorporation of chance into the process of creation, especially the creation of art or media. The word derives from the Latin word alea, the rolling of dice. Isn’t that all creation though that there will be a bit of chance that it works out alright?

Ray Cabarga writes, “Sam Shendi is an Egyptian sculptor, educated at Cairo University, his work has been exhibited in numerous countries throughout Europe and the Middle East. Sam’s modern approach to his Dadaist influences demonstrates an old-school philosopy with a futuristic feel. In a recent interview, Shendi reminds us to keep in mind that Dadaism spawned in the time of war and war still exists in our time, adding how this has had an impact on his work.” I think some of my husbands conceptual pieces are in tune with this but I am not so sure about the geometric, minimalistic human figures. 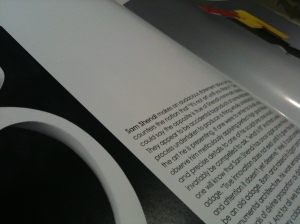 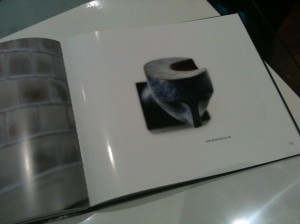 ” A small group of international artists have formed a group called MAMA or the Movement of Aleatoric Modern Artists, a worldwide collaboration of chance-based artists who promote the principles and techniques of aleatoric methods in the execution of contemporary art in modern times.

The movement pays tribute to the DADAists of the early 20th century among the many other artists throughout history who have bravely chosen to relinquish partial control of their creative processes to the hands of fate, the laws of physics and the continuum of perpetual chaos which prevails over our universe by design. By learning to value and preserve that which we can never own, to respond and yield to that which we can never predict and to respect and trust that which we can never control, the aleatoric artist inherits the divine principle of acceptance, the creative process becomes a cooperative collaboration with the forces that govern the universe, and thus the aleatoric artist transcends the limitations of the mind
and body to reach artistic plateaus previously unattainable.” 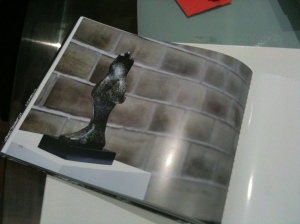 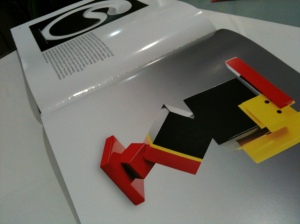 The book itself is impressive in volume, size and collection of artists, to look at the book click here. Whilst I am proud of my husband’s inclusion I feel it is a bit misplaced. His methods aren’t aleatoric, he isn’t rolling paint and seeing what happens. To see him in the creative process I am not sure that his work is a product of chance and that “they appear to be accidental by products of some elaborate process undertaken to produce a thing wholly unrelated to the art he is presenting”. Sounds great but in some ways the opposite is true. It is not such an elaborate process it is almost quite industrial and highly precise with the finished result exactly what he was aiming for , perhaps some will be “compelled to ask ‘what is it’?” however, I may be biased but I think they are very obvious. “Sam Shendi makes an audacious statement” simply put is, I think more accurate. After all, as I have written before nothing in the Shendi’s life is chance. It all has meaning. It is ‘Maktub’.